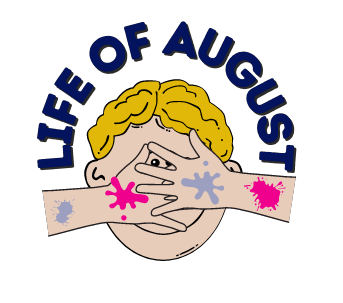 Augusto is not a man like the one that Da Vinci drew. His creative essence is a tickle that does not leave him alone, even when his world is turned upside down, and his nation is crumbling.

How can he continue to create in difficult times?

Life of August is a virtual musical theater work that calls on youth conscience, promoting the role of young people as creators of substantial change.

Life of August premieres on may 1st at 8:30pm

Catch the premiere on the Blue Canoe YouTube channel.

Curious about how Life of August was created? Join us on zoom for the Avant Premiere to learn more from the creative team.

The avant premiere and YouTube premiere will be available to screen in-person on May 1st at the Grad Club. The event is free to attend and you can catch the premiere of our project, Saudade, as well. The event begins at 7pm. 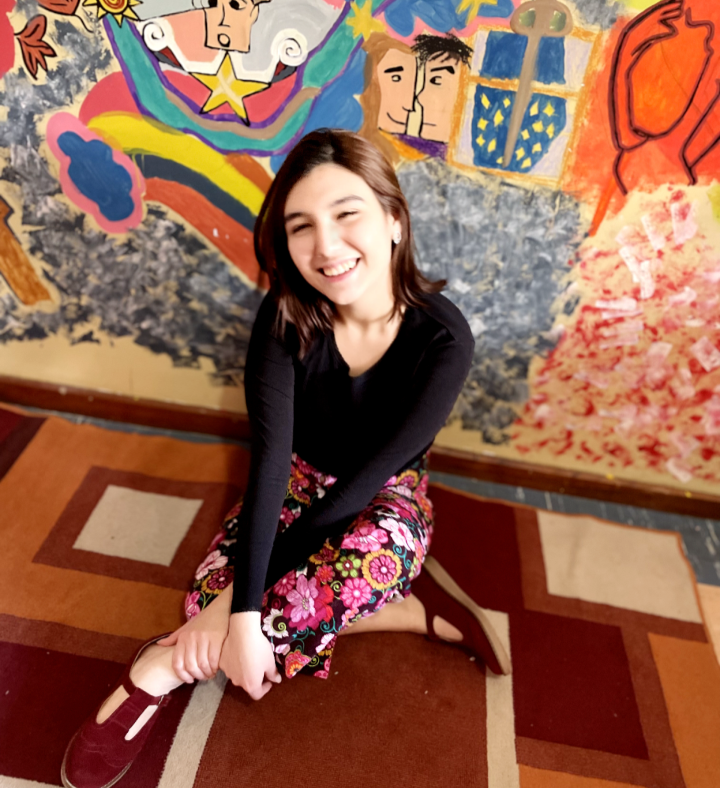 Jimena Yengle was born in Lima (Peru), on December 14, 2001. Since she was little she dedicated herself to developing in Art.

In February 2021, at the age of 19, his first book was published, a romantic novel called “Roma Enamorada: A Portrait of the Human Experience.” It is available worldwide on Amazon, with its original version in Spanish and its version translated into English. The cover of “Roma Enamorada” is part of the Young Devon Organization (United Kingdom), which provides emotional support and accommodation to young people in a state of vulnerability. Therefore, Jimena's artistic display is taken as inspiration for the organization. Likewise, the cover of Yengle's first book is part of the exhibition in the Artistic & Magazine space "Flare Journal".

In June 2021, she was one of the Authors who contributed literary pieces to “Feed Us With Words” Magazine, with the aim of raising funds for the Feeding America World Organization.

She is currently the director of her own creative youth space, called "Roma Enamorada", which emerged from her first novel, seeking to spread a message of love and hope in difficult times. Roma Enamorada is a space that suggests artistic and literary proposals, and An example of this is his first Magazine, Roma Enamorada: The Magazine, which is sponsored by various International Magazines and Pages.

Likewise, she is the founder and manager of "Maniobras Mágicas", her own virtual space aimed at children of all ages, which offers workshops, events and creative proposals worldwide. This, in order to strengthen the real connections that have been weakened in the pandemic.

Likewise, at the age of 19, Jimena is studying three professional careers: Psychology, Physical Therapy and Rehabilitation, and she is taking her acting training at the Diez Talentos Cultural Association.