A Gentleman's Guide to Love & Murder 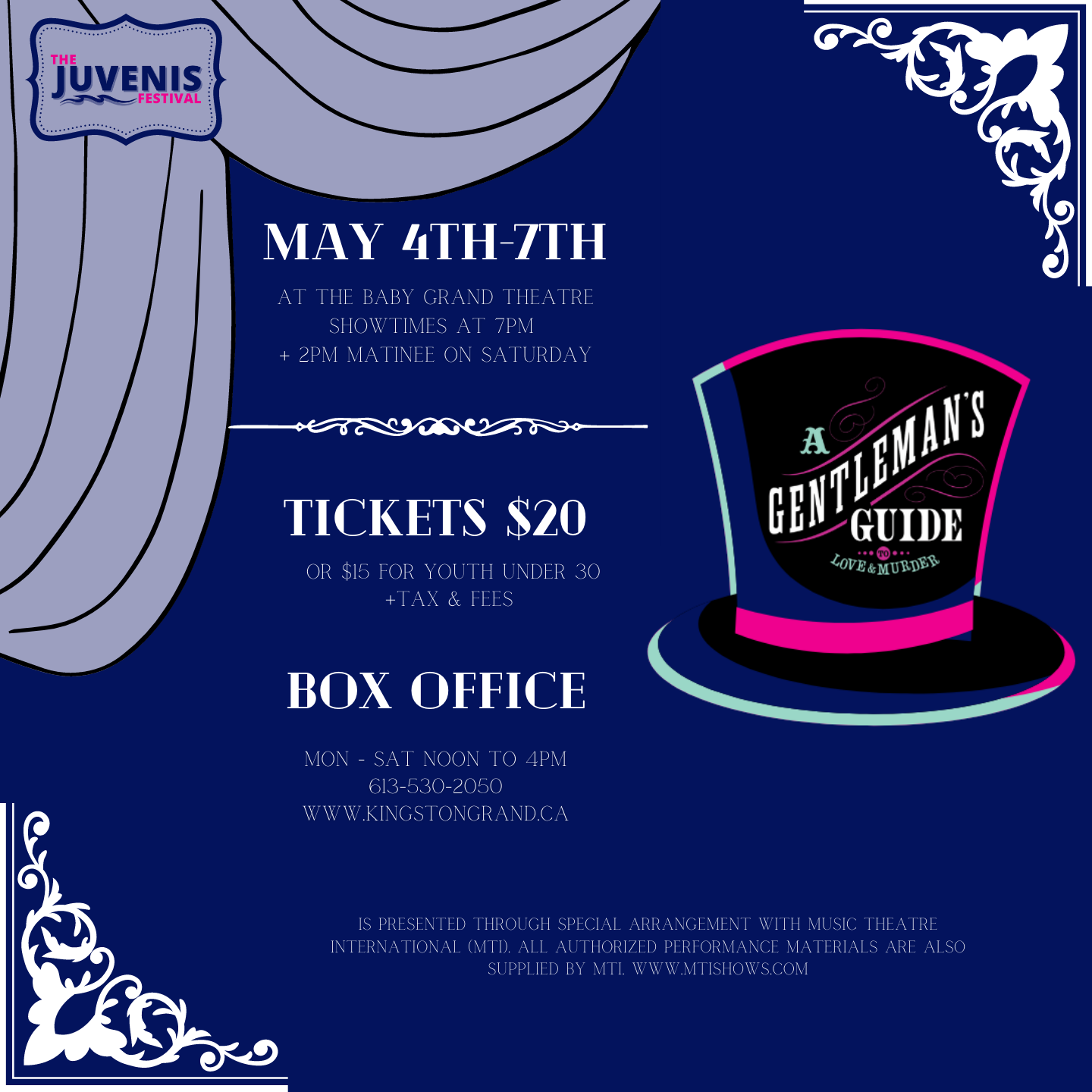 A Gentleman’s Guide to Love and Murder tells the story of the poor Monty Navarro, who, following the death of his mother, discovers that she was part of the impossibly wealthy D’Ysquith family. Upon realizing that only eight people stand in line to inherent the family fortune before him, Monty takes it upon himself to skip the line of succession by murdering each of his eight relatives, each played by the same actor, from the pompous banker to the terrible actress to the aging war hero. All the while, Monty must juggle his murderous plans with his love for the stunning and narcissistic Sibella and his growing feelings for his distant (DISTANT) cousin, the kind and virtuous Phoebe. Filled with laughs, unforgettable characters, and stunning musical numbers, A Gentleman’s Guide to Love and Murder is a modern classic that will leave you DYING for more.

Tickets are now available through the Grand Theatre box office! The show is at the Baby Grand Theatre (218 Princess St, Kingston, ON K7L 1B2). For venue accessibility information, see our Venues & Accessibility page.

Tobias Partridge is a recent graduate of Queen’s University’s drama school. He has directed shows including The Rocky Horror Show for Queen’s Musical Theatre and Evil Dead: The Musical! as part of the 2021 Juvenis Festival. Tobias is thrilled to be directing with Juvenis once again and can’t wait for everyone to see what this year’s festival has in store.